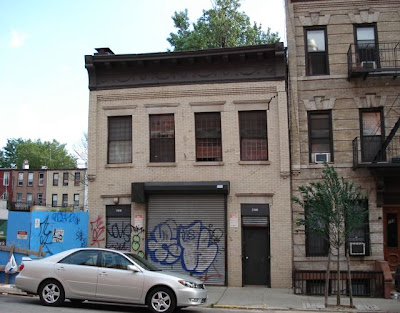 Over the years this little two story garage has been used for various commercial enterprises including the custom fabrication of lowrider hot rods. The kind with those pneumatic lifts operated by eight car batteries in the trunk. Today it stands vacant. 396 15th Street currently has a DoB Stop Work Order in place from January 2007 having to do with the way the building's roof and interior floors were shored up during it's top to bottom reconstruction. Looks like they used iron beams instead of wood as per plans. Some before, during, and after shots with the new facade minus the decorative cornice. June 2006- The building shifted drastically towards the neighboring excavation at 400 15th street, cracking the floor slabs, rear, side and front facades. 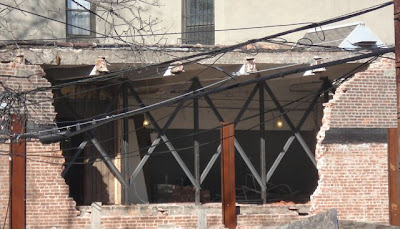 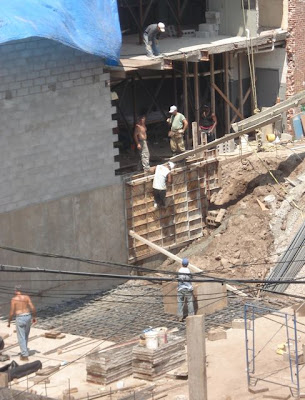 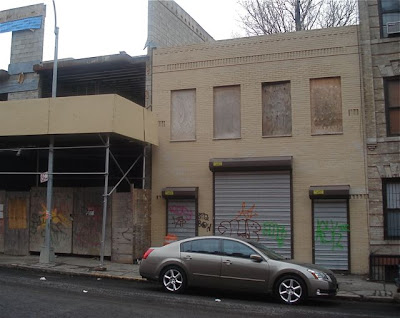