I have been playing with this new NYC.gov online mapping system which allows you to see Brooklyn back in the day... 1924 to be exact. So what important landmark is missing from this photo of our beloved South Park Slope/Windsor Terrace? On the right is Prospect Park, towards the bottom left is Green Wood Cemetery. A hint: Construction started almost three decades after these aerial photographs were taken. OK here's the answer. 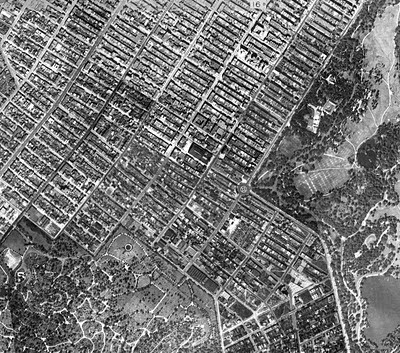 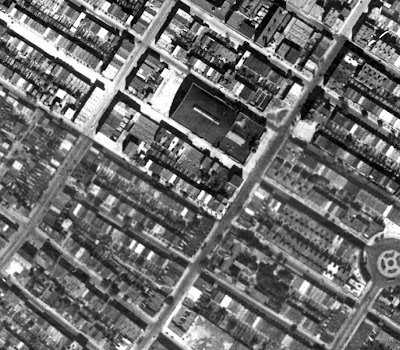 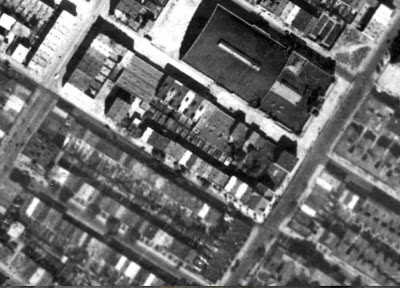 I thought I would zoom in over IMBY Central Headquarters... That large black rooftop is the Park Slope Armory .
Posted by IMBY at 11:57 AM 1 comment: 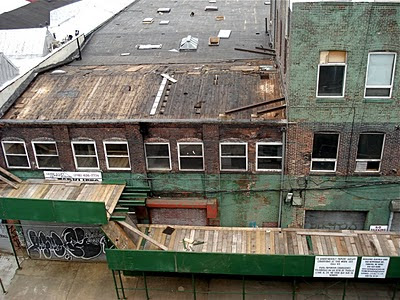 Demolition of 99 North 11th Street. Up until about two years ago, if you needed service on your forklift, this was the place.

Entrance to the underground parking garage for 34-42 Berry Street Condo. 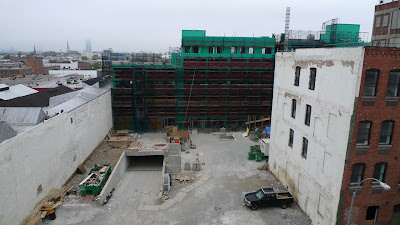 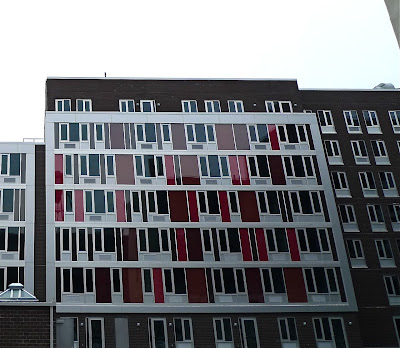 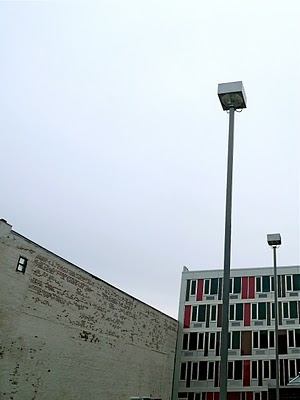 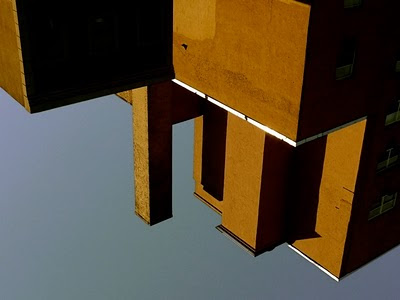 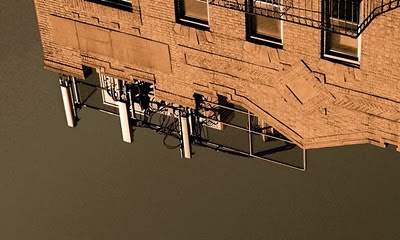 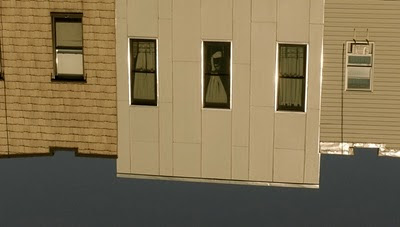 The fine line between Heaven and Earth. 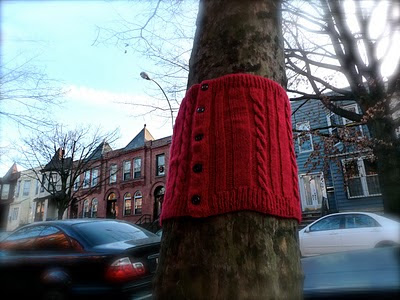 "Be honest, does this sweater make me look fat?" 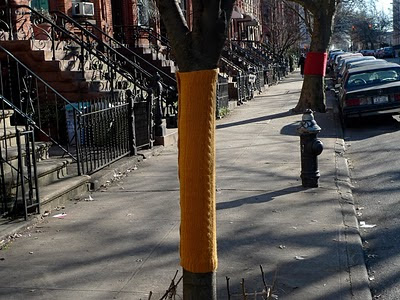 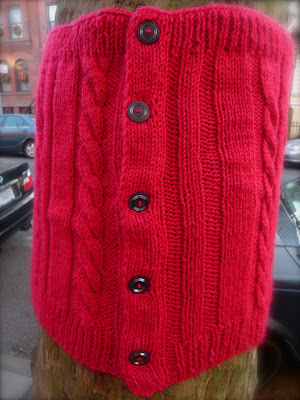 Local yarn bomber vows to clothe an entire urban forest, one street tree at a time. 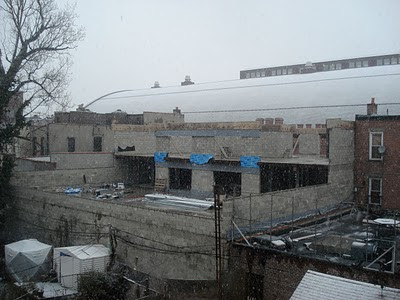 Back When the Walls Were Still Standing...


More bad news for the troubled condo project 400 15th Street. This past week a crew of workers from NYC Housing, Preservation and Development started demolishing the unfinished concrete block walls on the stalled building's third floor.

Looks like the Department of Buildings Stalled Site Team filed an Emergency Declaration after an inspection on 12-3-2009 uncovered the unbraced cinder block walls. In the first photo, you can see the diagonally placed wood boards that were used to support the masonry walls for the better part of a year.

H.P.D. does not usually perform work on privately owned property unless the lord of the land has failed to make ordered repairs to their buildings and they have been declared imminently hazardous to the public. Of coarse H.P.D., through the N.Y.C. Department of Finance, will bill the owner for the cost of the work. If the owner fails to pay the bill within 60 days, a lien is placed on the property.

Some pictures from a rear window perspective of the job site before they stopped work for the New Year's holiday. Yes, that's the massive roof top of the soon to open Park Slope Armory Sports Facility in the background. 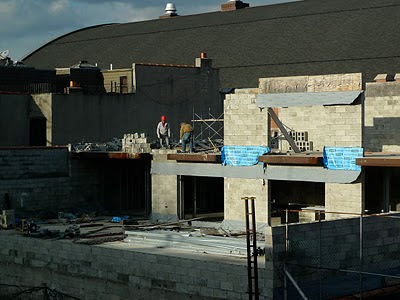 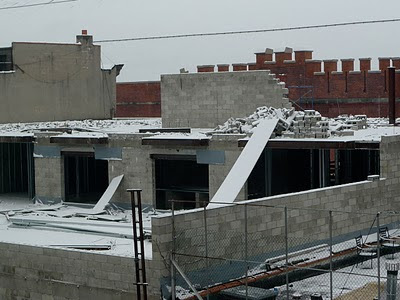 There has been a Stop Work Order Violation placed on the site dating back to January 2009. "New building' and "construction fence" permits have expired. 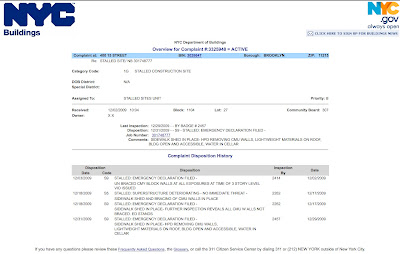 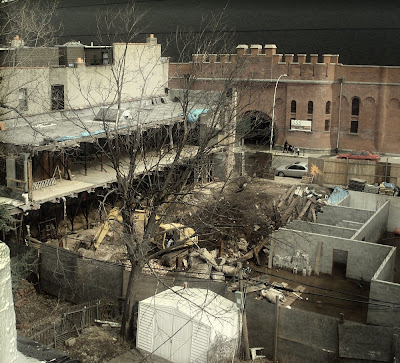 This older photo of the 400 15th Street construction site shows the extent to which the neighboring building, 396 15th, had to be repaired after being damaged. The entire front and side facades had to be removed and replaced after the building shifted and cracked during the excavation for the new foundation next door. This accident happened shortly after work began, even before any underpinning could be attempted.

Apparently the new building's grandfathered R6 zoning allows for total lot coverage. You can see there is no setback at the rear yard and the two story wall begins at the shared 16th Street property line.
Posted by IMBY at 12:37 AM No comments: