From Cracking Coal to Cracked Wheat Salad: Whole Foods on the Gowanus Canal.

Related Posts:1924 Aerial Photo Tour of the Gowanus Canal Superfund Site
Posted by IMBY at 10:57 AM 1 comment: Links to this post

Posted by IMBY at 7:22 PM No comments: Links to this post

Rim Jacked in the Slope.


19th Street between 8th Avenue and Prospect Park West.  Neighbors say they have come across this scene at least 4 times in the last few months. This past Spring thieves hit 16th Street between 7th and 8th Avenues leaving the vehicle similarly stranded on four plastic milk crates.
Posted by IMBY at 9:27 PM No comments: Links to this post

How landlords can win big betting on OTB to lose.
The Real Deal
Posted by IMBY at 5:15 PM No comments: Links to this post 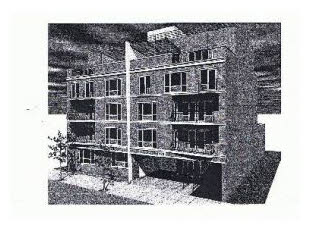 Short Sale?
Good news for Fifteenth Street... It appears that the construction-troubled,  stalled out 2004 condominium  development located at 400 15th Street has been sold.  According to ACRIS, a deed in lieu of foreclosure was filed between the developer 400 15th Street LLC, their bank Capital One Bank N.A.,  and the new buyer, Fox Reality Properties LLC back in July.  The transfer documents indicates an amount of $3,831,159.61
(A Deed in lieu of foreclosure is a deed instrument in which a mortgagor (i.e. the borrower) conveys all interest in a real property to the mortgagee (i.e. the lender) to satisfy a loan that is in default and avoid foreclosure proceedings.)

The new owner, Sarantos Plagianos,  has hired the architect Cherico King, AIA of the firm KCC Architects, PLLC to complete the mothballed job.  Applications have been filed and permits renewed.   They will be replacing the original architect of record Robert J. Palermo of the firm Corporate Design of America, P.C.  It will be interesting to see if there is any reworking of the original design.  As the building stands now, it is nothing more than a two story cinder block shell on a poured foundation.  No new DOB paperwork has been posted on the construction fence yet.

The developer/owner of the property, Gennady Borokhovich, managing member of 400 15th St. LLC is now able to continue building under the properties’ previous R6 zoning, which was changed to R6B on November 16, 2005." -From the South Slope Comunity Web Page Archives.

This job is not subject to the Department's Development Challenge Process
It appears that the approved plans can be transferred, but does anyone know if there is a statute of limitations for their grandfathered R6 zoning variance issued by the BSA?


Hey Fox Realty,  Please be a good neighbor and introduce yourself to the many adjoining property owners on 16th Street who have been waiting patiently for the last 6 years for their rear yards to be repaired...
Posted by IMBY at 2:28 PM No comments: Links to this post