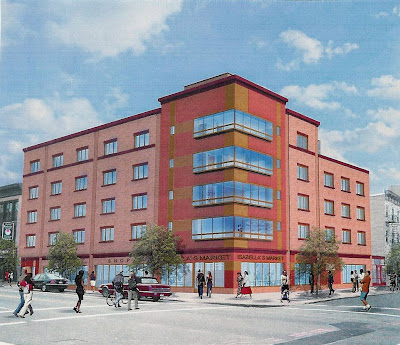 Developer: Fifth Avenue Committee A 29 year old South Brooklyn based community development corporation whose mission it is to pursue social and economic justice by developing and managing affordable housing and community facility projects.

Contractor: To be determined through a competitive bid process. Estimated 18 month start to finish build time. (They better pay the construction workers a prevailing wage or the community is going to be royally pissed.)

Cost: Estimated $7.75 million financed through a combination of HUD's Supportive Housing Loan Program and a 9% Low Income Housing Tax Credit. Other sources to be determined.

SO WHAT ARE WE GETTING?
To be built on the existing city owned, municipal parking lot on the corner of Fifth Avenue and 16th Street in South Park Slope, Brooklyn. (According to a Housing, Preservation and Development representative, the Department of Transportation has decided that the lot is "under used"). The building's design calls for 5 stories on the Fifth Avenue commercial side, a 5 story "tower" at the corner, and then moving on down in height to a contextual 4 stories on its 16th street side. Access to the residential portion of the building will be through a gated "mews" entrance at 16th St. The mews connects to a fully landscaped back yard outdoor public garden visible from 16th street. The resident entrance will be manned by a 24 hour security checkpoint.

The "green" aspects of the building will include: High efficiency centralized, gas powered HVAC system that will limit the impact on the areas electric grid while eliminating unsightly air conditioner sleeves. High use of recycled and renewable low/non toxic building materials such as recycled glass and plastic, and bamboo flooring. A potential green roof is also being discussed.

There will be 2000 square feet of street level commercial space. Possible lease preferences will be made for local Slope businesses and those businesses owned by women and minorities. (What this means, for example, is that you are more likely to see an Ozzie's Coffee shop occupy the space, than a Starbucks)

In addition to the residential apartments, there will be 2,900 square feet of space for the provision of supportive services to the residents. These spaces will be operated by the Center for Urban Community Services (CUCS) a non profit that works to reduce homelessness, advance effective housing and service initiatives, and provide support for people with mental illness and other special needs. There will be no medical facility or methadone clinic on the premises.

The apartments will come fully furnished.

There will be a live-in superintendent.


So who will occupy the building?

The building will provide 49 rent stabilized, single occupancy, studio efficiency apartments. They will be approximately 300 square feet in size. All tenants will be single adults that earn at or under 60% of the Area Median Income, currently defined as $29,775 annually- Total housing costs will be no greater than 30% of gross household income, or $745 monthly. FAC will hold the individual leases and be the managing agent after the building is completed.

As part of the FAC lease rider under the ShelterPlus Program, single person occupancy will be strictly enforced. For instance, if a women should become pregnant, she will have to leave her apartment. Other rules restrict pets and limit overnight guests to a maximum of 3 consecutive days.

60% of the units (29) will be filled by formerly homeless adults with mental health issues that currently reside in transitional housing.

40% of the units (20) will be filled by Fifth Avenue Committee through its Housing Notification list according to preferences set by the local community. To date, senior citizens and youth aging out of foster care have been identified as target populations. I may have heard wrong, but I understand there is a very long list.

IMBY Comments: Four meetings in seven days among other issues.

The idea of building affordable housing for the formally homeless mentally ill at this location is not what's upsetting the local population. What's causing the unhappiness is the feeling that FAC is trying to rush the ULURP application on through with out any input or debate from the community. FAC denies that they are trying to rush anything. Community Board 7 is requesting that Borough President Marty Markowitz adjourn and push back his public hearing scheduled for Tuesday February 20th until after their scheduled meeting and full community board vote on February 21st. This seems like a reasonable request.

One of the few good things to come along.
FAC's strong focus on community organizing and their commitment to the rights of low-income people to control their own destinies... Their belief that volunteer efforts of local residents in collaboration with non-profits can bring forth beneficial changes in their community is shared by the residents of the South Slope, Windsor Terrace, and Green Wood Heights. FAC's recent behavior seems to be in direct contradiction to their core values in the way in which the plans for 575 have apparently been "revealed" fully formed, to the public. There is nothing left to discuss. The local residents have a prior history of being terribly disrespected by private developers in the area, especially on 15th and 16th Streets. If the residents feel that they have been left out of this public housing development discussion, than FAC needs to examine what went wrong, at least from a public relations standpoint. Maybe next time send out invitations to the party a little earlier.

So far they have done a great job at dispelling myths and misconceptions in regards to our unfounded fears about who will occupy the building. The great majority of local citizens are not anticipating a Trojan horse filled with ex con pedophiles, to be set loose on their unsuspecting children. This building will not be a temporary shelter like the Armory up the slope on 8th Avenue. The new occupants will be capable of paying their own way to the best of their abilities.

Parking place insanity.
As for those who believe the 49 low income people moving into 575 Fifth Avenue will somehow consume all available parking in the area... that's just nonsense. Anger should be directed at all the private developers who have used various loopholes to avoid providing any off street parking for their luxury condos. Placing the entire burden on one public housing facility is unfair. I don't recall anyone complained over the last two years as all the parking lots on 15 Street were converted into condos.

One step forward, two steps back.
With all the displacement going on, these 49 units will hardly make up for all the recently lost rent stabilized apartments in the area, especially those now disappearing from the up zoned 4th Avenue. These 49 new apartments may seem like a drop in the affordable housing bucket, but not if you are one of those lucky drops.

IMBY supports affordable housing at this location and hopes that their application is approved.
Posted by IMBY at 11:31 PM No comments: 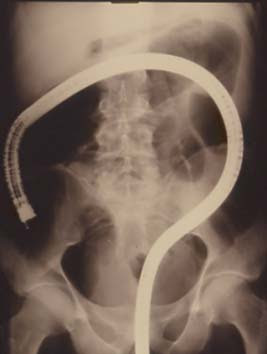 This interdepartmental complaint (below) was recently posted on the Department of Buildings web page for the Jack Locicero Armory Plaza development. The one going up, or should I say down, at 406 15th Street in Brooklyn.
Something of a surprise when you make your daily visit to the DoB's BIS web page and find an investigative inspection assigned to the Internal Affairs Division-The agency's Office of Investigations and Discipline (IAD)and the Building's Special Investigations Unit (BSIU). The BSIU among other things, conducts investigations into alledged acts of misconduct, fraud, and corruption involving city employees, engineers, expediters, architects, and contractors, any individuals and or businesses engaged in dealings with the DoB. Their findings are passed on to New York City's Department of Investigations who supervise the BSIU. 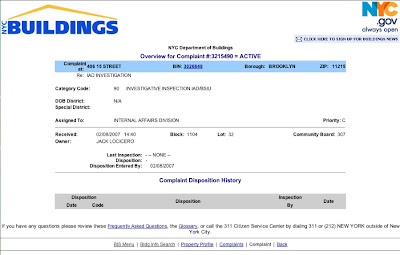 I don't want to speculate as to the reason for this action before we at IMBY have a chance to poke around a little more, preferably with an old, rusty IMBY Brands surplus endoscope... But one thing is for sure, we may finally have an explanation for why, for almost two years now and even after some 70 complaints, and an emergency evacuation order, the DOB has been more or less unresponsive to our requests for help. This investigation may actually be an example of the "transparency in government" that I keep hearing so much about. It may also explain why there has been no work done to the site for the last two weeks, even though no stop work order is recorded. Lets hope that the investigative powers that be leave no salmon colored pre-cast masonry unit unturned during their investigation.
(Whistle blowers with any information can drop us an e-mail at Imby@nyc.rr.com) 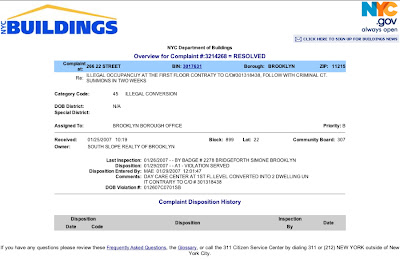 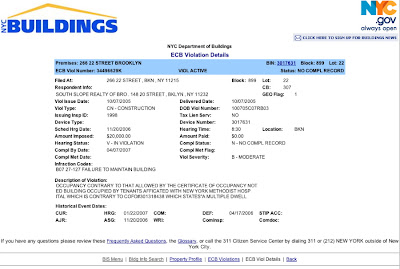 Bend over and grab your ankles.
Another big question mark still hangs over the other malignant Locicero/Radusky 9 story polyp on 22nd Street. There's a case of chronic Certificate of Occupancy irritation that continues to draw the Environmental Control Board's wrath.

Maybe the DOI is only interested in recovering all those unpaid fines? What about "contractor integrity"? What about self-certification and building according to the plans submitted to the DoB? What about the DOB itself?
Here's a good opportunity to get the DoB up on the table for a thorough examination. We will be surprised if everything appears smooth and pink, with no abnormal growths, pouches, bleeding, or inflammation.
Posted by IMBY at 11:45 AM No comments:

Or you can watch this NY1 news story about the 16th Street sink holes.