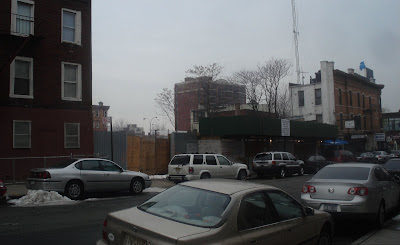 South Sloped: Old and Older
So what's new and what's old? We continue our changing face of Fifteenth Street downhill slide today by looking at 226 15th Street. There's nothing but dirt behind that construction fence now but soon Canadian starchitect Hot Karl Fischer hey, will work his magic, and we will have a new R6B compliant, 4 story (48' tall), 22 unit residential building with 11 off street parking spots in like no time at all. 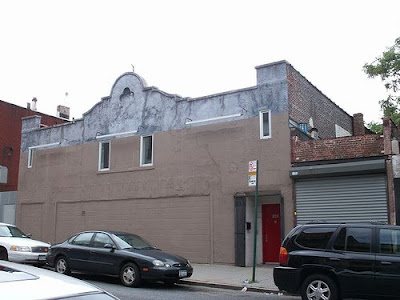 I want to thank "Kencta" for this photo of 226 15th Street taken sometime before its demolition in the fall of 2007. Must have passed this building hundreds of times without ever knowing it was the former home to the 900 seat Globe Theater movie house. I always thought the building reminded me of the Alamo especially after they stuccoed it brown. Never saw anyone coming or going, but in 2002 the owner applied to have the building changed to use as a single family home with art studio.
The Globe was designed by Edward Kleinert, the same architect who worked on the old Sander's Theater, now reborn as the Pavilion Theater at 188 Prospect Park West and 14th Street.
History recalls that the desperate struggle continued until the defenders were finally overwhelmed by Santa Anna's army and the Globe eventually closed in 1955-56.

If you want to go on a kind of "spot the cinema" scavenger hunt, this gentleman has photographed dozens of closed/demolished/reincarnated Brooklyn theaters in their present state of being, whether that's currently a grocery store, church, or basketball arena. 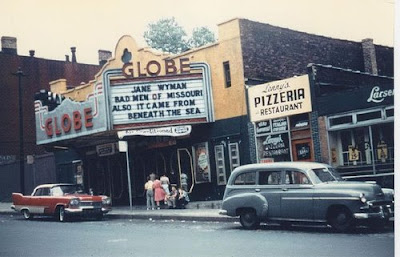 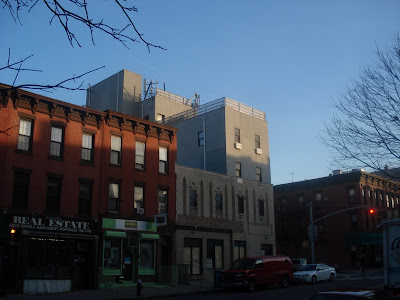 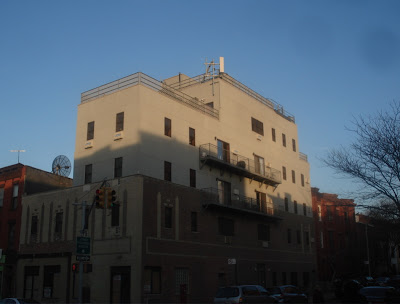 IMBY'S Believe it or not, 419 Seventh Avenue (the corner of 14th Street) was once home to a local plumbing contractor and way before that, the Minerva Theater. Here are some current photos of the creative/adaptive reuse of the one time theater building into a residential apartment building.

"Located in the Park Slope section of Brooklyn on Seventh Avenue on the northeast corner of 14th Street. It opened in 1912 as the Palace Theatre and had a seating capacity given in 1926 and 1927 as 450. By 1930 it had been re-named Armory Theatre (after the nearby Park Slope Armory building which is located close-by) and the seating capacity was given as 428.