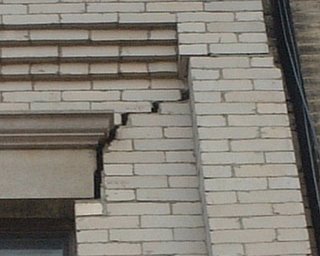 This week the Board of Standards and Appeals voted unanimously to grant the developer's financially based hardship appeal for 400 15th Street. This means that the developer, despite a community mandated down zoning of the neighborhood, will be allowed to continue their project under the old 1961 R6 zoning laws. What is the surprise? Doesn't the BSA have a past history of siding with the builder against the wishes of the community? Why should the Board go out and buy another RUBBER STAMP when the one marked "APPROVED" has been working just fine for all these years?
The change from R6 to R6B took effect on November 16th, 2005. The property has been under a DoB issued Stop Work Order for most of the time since. The Board took pity on the fools and decided to reward them for their ham-handed design and contruction work that resulted in, now brace yourself, just one ECB violation with a staggering, hardship inducing, $1,000 fine! Granted, they had to crack the adjacent property, 396 15th Street, down the middle like a big mellon in order to get penalized. 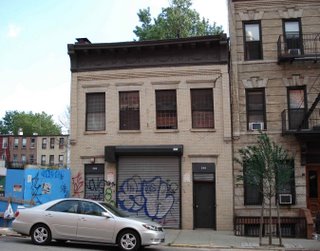 Word to all you real estate speculators out there. If it looks like your property site is about to be rezoned before you can finish your foundation, make sure you have some serious F*ck-ups to fall back on when making your hardship appeals. To begin with, you should claim to have paid way too much for your property. I reccomend the following plan of action. It has a proven track record. 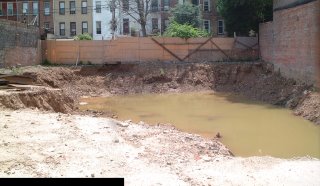 Remember, a "hole in the ground" counts as a half-finished foundation! Start digging that hole without a serious foundation plan on how to secure your neighbors property. Foundation work is pretty much like hanging wall paper. Start in the corner and go around the room. Make sure you leave a good amount of water sitting in the hole for a couple of weeks. Don't get bogged down in underpinning details. Boring soil test samples? You don't need no stinkin' soil test samples! 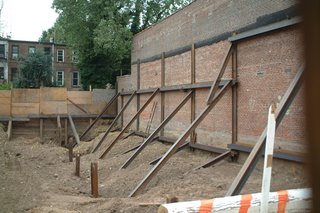 Oh shit! Nice! Now you are finally getting the DoB's attention. It only took three "311" complaints about your questionable building practices to get noticed. Remedial shoring of adjacent property with I beams...Priceless! 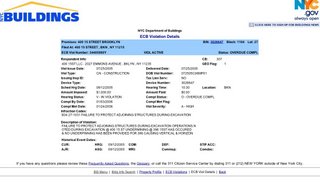 How about adding another zero to that figure. People might think your mother works for the DOB. 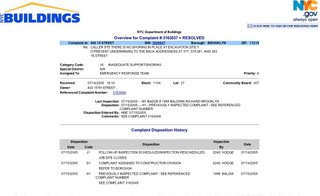 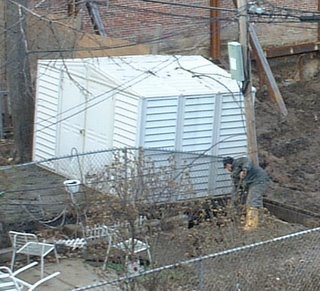 Don't bother making friends with the neighbors...litigation costs get figured into your hardship appeal. Like the saying goes, "You got to break some eggs to make some scrambled eggs". 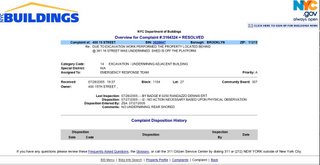 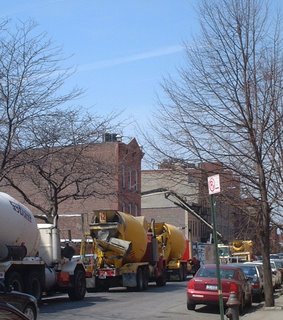 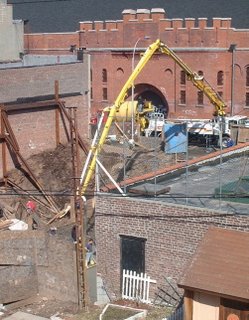 Disregard those Stop Work Orders. Go ahead with the 'remedial' foundation work. It's all good in the end. 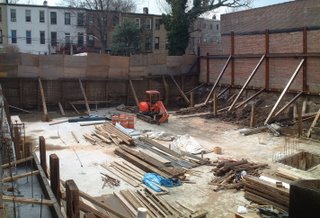 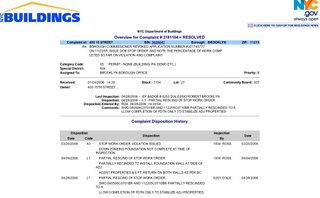 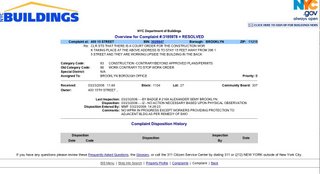 I didn't know you could get an order of protection against a contractor? Looks like someone's pouring salt in the wounds of this poor developer. Just another Domestic Dispute. 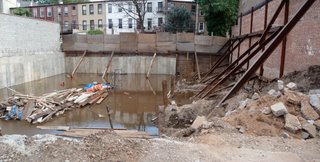 Congratulations! The place looks just bad enough so someone from the B.S.A. will feel sorry for you.

Meenakshi Srinivasan, the chairperson of the B.S.A., describes their goal as "working with City government to interpret the regulations wisely and with an understanding of the needs of the citizens and developers alike to create an environment where everyone can flourish, where business finds its needs met and residents can find reasonable housing in a safe, pleasant and healthy environment." Where is the wisdom in rewarding a developer and his building team for its unsafe, disruptive, constuction practices, and well, just plain poor business sense? The needs of the community seem to be irrevelent when compared to the wants of the developer to make a substantial profit. In the end the real question should not have been whether the building might be vested under the old zoning, but whether it should be allowed to be built at all.
Posted by IMBY at 11:38 PM