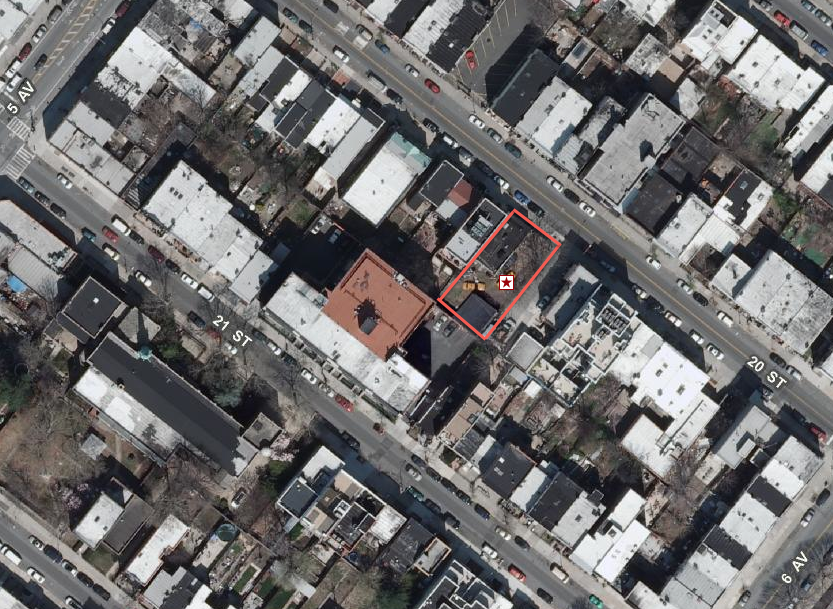 Greenwood Heights For Sale
Last post time we reexamined our vacant Greenwood Heights stalled site on 325 Twentieth Street just up the slope from the intersection of 6th Avenue.  Today lets roll downhill to another vacant 20th Street lot being marketed towards speculators.  This parking lot is probably less subterraneanly troubled but will require the mutual acquisition of it's conjoined twin currently occupied by a two story wood frame residential building. All or nothing, the deal requires buying both identically sized lots each asking $1.3 million.   That's 5200 square feet of R6B zoned land for $2.6 million dollars. 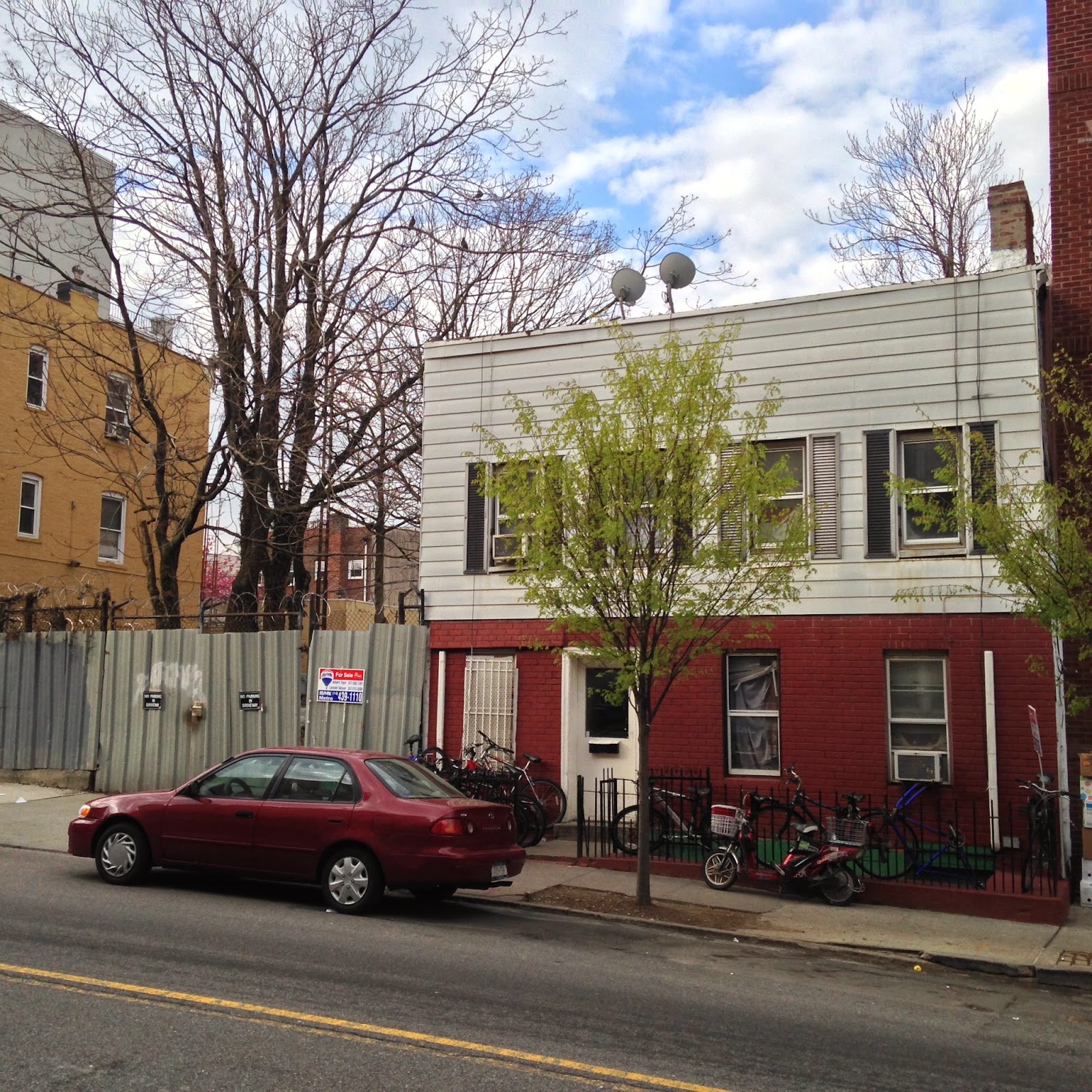 276-278 20th Street
Someone commented that 20th Street is a major truck route.   Yes, that's true.
In 2010, after years of  community complaints concerning the dangers of greatly over sized, speeding non-local trucks using the narrow 33' wide two-way street Community Board 7 requested the Department of Transportation to conduct a traffic study.  In 2012 the DOT came back with the results of the study with recommendations that 20th St. be turned into a one way Eastbound only route with Westbound neighborhood truck traffic rerouted down 7th Avenue to Prospect Avenue. LINK

Community Board 7 voted 32 to 0 to reject the DOT proposal.


"However, CB7 does not believe the proposal presented by DOT at our May 30 Transportation Committee that would reroute westbound trucks to Prospect Avenue satisfies the needs of the community as a whole;
Therefore, Community Board 7 asks that DOT continues to study the 20th Street truck route for viable alternatives that are safe and efficient, without pursuing the current Prospect Avenue proposal. Community Board 7 also calls on DOT to work with the community to develop an alternative plan, as they did for the 4th Avenue corridor with a short time-­‐frame for study and implementation. Additionally, CB7 calls on DOT to reconstruct the roadbed of 20th Street that wasn’t designed for such heavy vehicles which cause vibrations and damage to surrounding properties and finally, and most urgently, CB 7 calls on DOT and the NYPD to immediately begin vigorous and sustained enforcement efforts against oversized, off route, speeding and non-­‐local trucks throughout Community District 7."


I'm assuming the DOT study soldiers on as there is/was traffic monitoring equipment attached to the stop light pole on the corner of 7th Avenue and Prospect in front of Public School 10 until very recently.  So even though dangerous 20th Street truck traffic continues to vibrate, damage, and pollute, the wheels of government continue to turn slowly.  Anyone betting that 20th Street will one day be  pleasantly traffic calmed and tree lined anytime soon?

So back to our twin lots for sale.  Interesting note, back in 2007 Gowanus hotel developer Alex Shtromandel (Union Hotel, Gowanus Inn and Yard) submitted plans (link) for both of our Greenwood lots proposing to build two residential apartment building, but alas, the plans were rejected by DOB examiners and were eventually withdrawn in the Fall of 2012.