Mangelwurzel... Has it been eight years already!? 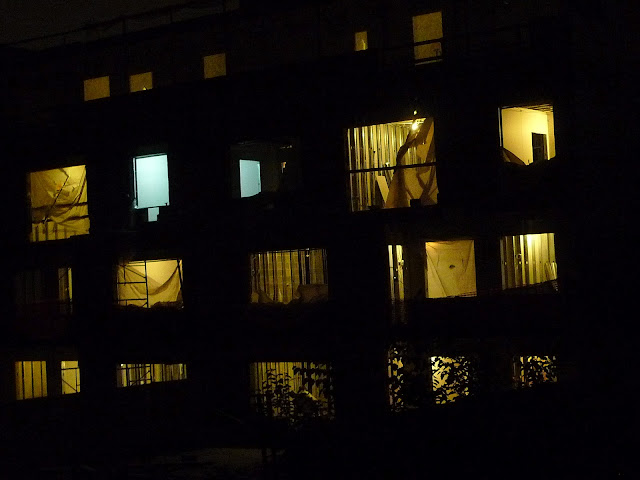 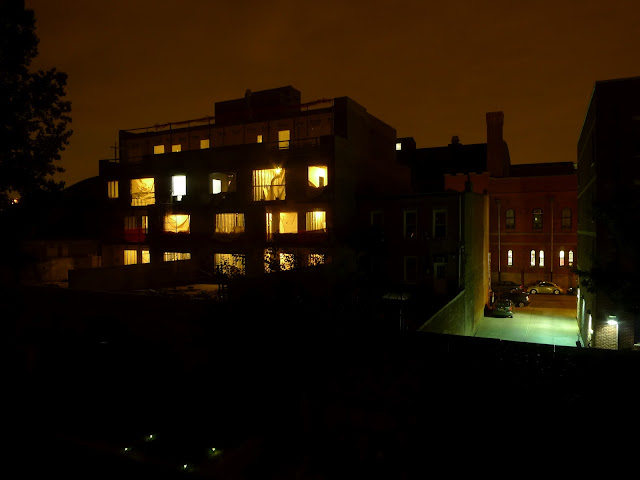 400 15th Street lit up like a big jackass-o'- lantern.  There's got to be a lesson to be learned from living behind a painfully slow construction site for eight years.  A layman observer might compare this job site to that of watching one of those high speed 10,000 frames per second films capturing every minute detail of some great explosive human catastrophe, shown in ultra-slow motion... Only in reverse... Where the frame by frame action begins just after the point of impact with an opening shot of some smoldering, horrific gash and finishes up with a still of an intact toddler picking wild flowers.

They delivered the sheetrock this week!   The end is nearer.
Posted by IMBY at 9:21 AM