Angela Gheorghiu and Roberto Alagna to perform in Prospect Park 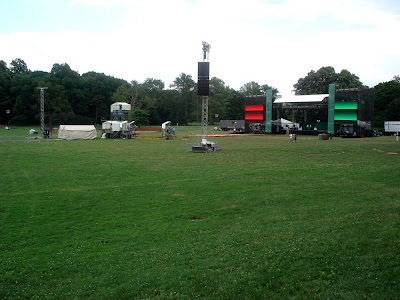 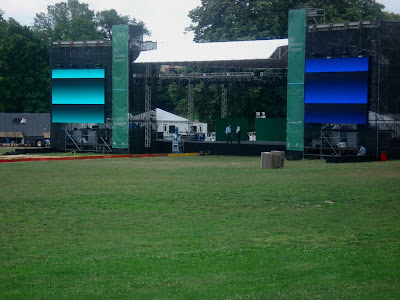 What you all doing Friday night? Opera anyone? I HEARD THE FIRST 35 PEOPLE IN LINE GET A FREE COUCH!
What could be more adrenaline arousing than an evening spent under the Brooklyn moon and stars with your wife and kids in the middle of a public park, after dark? I don't know, maybe for some of you the novelty has already worn off.

In any case, the clover is in bloom, the fire flies are out, and I have just enough stamps on my SLOPE CELLARS wine club card for a bottle of just about anything under $20 bucks, so time to pack up my blankets and picnic basket and head on over to Prospect Park. I won't forget my Boy Scout knife/corkscrew either like last time. (No twist tops tonight honey.)

"That's right, buy 12 and get a 13th for 99 cents."
Everyone knows that the true opera fanatics always sit way up in the cheap nose bleed sections, but Friday night all the seats are the same price, FREE. Two of opera’s biggest personalities, soprano Angela Gheorghiu (FHM magazine ranks her at number 74 in its '2006 World's Sexiest Women' chart) and tenor Roberto Alagna, will perform together on the Long Meadow Ballfields on June 20 at 8 p.m., together with the Metropolitan Opera Orchestra and Chorus. This year's Prospect Park concert is anticipated to be one of the Metropolitan Opera’s largest outdoor concerts in company history. They're expecting an audience of 100,000!
If you miss this opportunity, you'll have to wait until New Years Eve and the Met's gala premiere of Puccini’s La Rondine. >Expect to pay a little more.

"Bleeding chunks" program planned.
The happily married couple of Gheorghiu and Alagna will sing popular arias and duets by Verdi, Puccini, Donizetti, Massenet, and others, conducted by Ion Marin.
Gheorghiu and Alagna will perform on a larger-than-normal super mega stage, surrounded by six jumbo-tron like video screens that will be strategically placed throughout the Great Meadow to maximize the viewing experience. 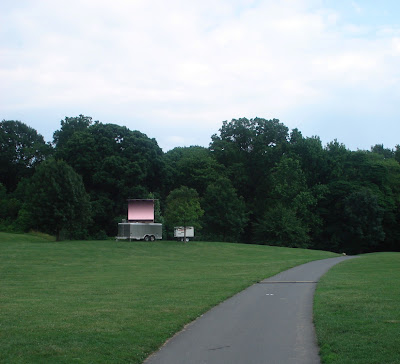 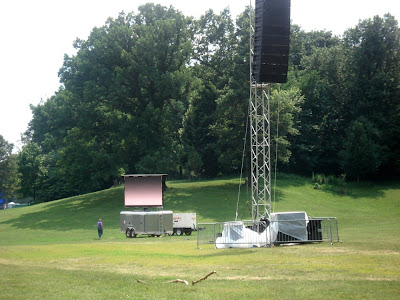 Looks like they are prepared for an overflowing crowd as the Jumbo-Tron screens and speaker towers are being set up at a great distance from the actual performers. The way things are being staged, concert goers can enter just about anywhere along the Park Slope side of the park to find good seating. If you want to be close to the stage arrive at either the Park's 9th St. or 15th St. entrances.
>Tourists, just take the F train to the 7th Avenue/9th St. stop and walk uphill for two blocks. 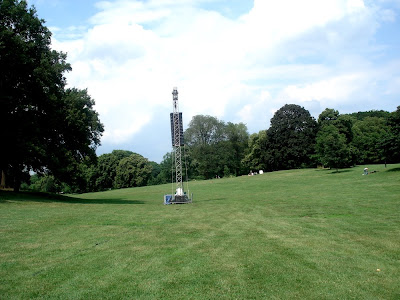