In what's becoming an all too familiar sight in the South Slope--property owners openly engaged in the architectural equivalent of the fabled "Reverse Blumpkin".
Now more than ever, it seems the act of trying to rebuild a building while it's being simultaneously knocked down has become the accepted norm. Others on 15th Street have experimented with this masonry fetish before with less than stellar results. 396 15th street comes to mind. 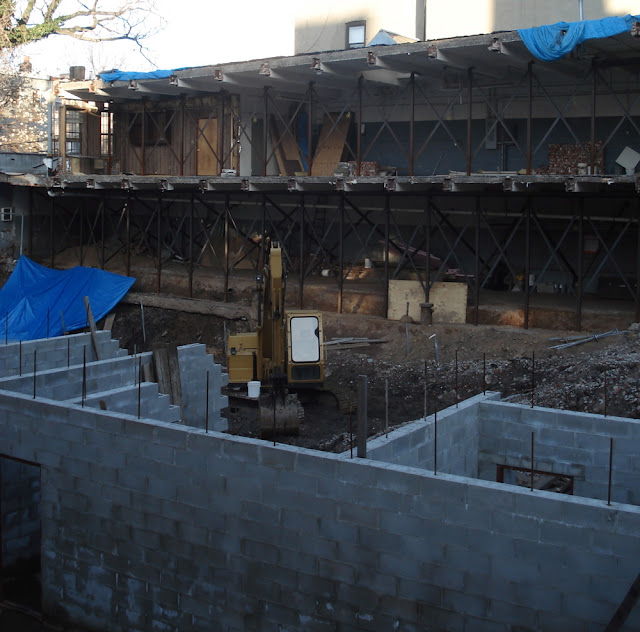 She's been literally torn inside out, in broad daylight no less, while her neighbor tries to finish his foundation at the exact same time. Accidental exposure is one thing, but blatant exhibitionism is pushing even my limits of decency. What's to stop unsuspecting women and children from looking past the construction fences to witness this depraved and humiliating act. More recently, 1504 8th Avenue has been caught unveiled. 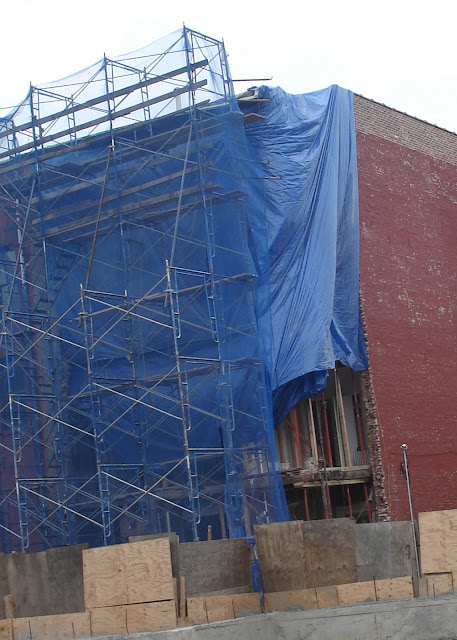 Socially progressive collapse resistance
In our minds eye it doesn't matter if the practice is officially permitted by the Brooklyn Department of Buildings. A blumkin is still a blumkin, whether the property owners are willing participants or not. Others may claim that there are no unwilling participants, but more often than not, those others are the very real estate developers who's gaping, unprotected holes have forced their neighbors on to their knees.

New York City stands on the verge of unloading its century-old building codes, in favor of nationally and internationally accepted construction codes and building standards. Let's see what effect this will have here in backwards Brooklyn.
Posted by IMBY at 7:17 AM