Give an inch and they take a yard 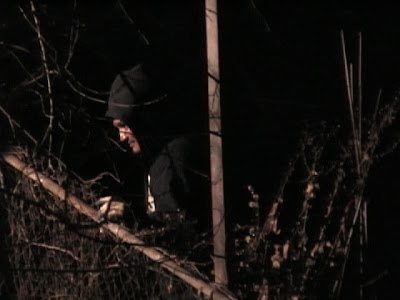 Brooklyn's Green-Wood Cemetery has its exotic wild parrots, Prospect Park a single white squirrel, Windsor Terrace and Green Wood Heights may have been taken over by raccoons, even Carrol Gardens can claim a 4 foot iguana...but no where else in the five boroughs has "nature" been more at odds with the local human population than in the South Slope.

Recently, vulnerable 16Th street residents have been infested with creatures, that if given an inch, will literally take an entire yard.
Having returned home from work to find their backyard gardens devastated, neighbors are now seeking relief from these pesky, nocturnal invaders. In this rare daylight sighting, intruding contractors were captured on film removing tree limbs and uprooting shrubs. Left unchecked trespassing foundation contractors can completely strip a tree of its foliage in a matter of minutes. 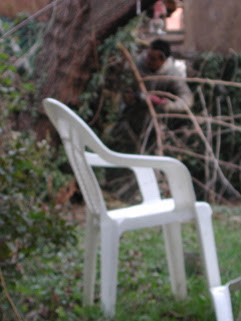 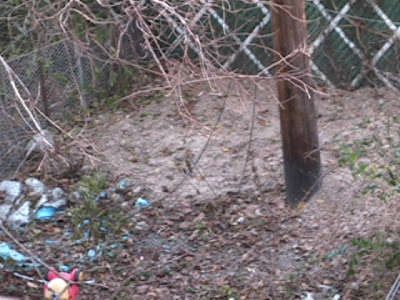 Nocturnal intrusions
These encroaching camera-shy no-see-ums have recently adapted as neighborhood pressure against them has increased, venturing out into resident's backyards only after the sun has gone down for the day. 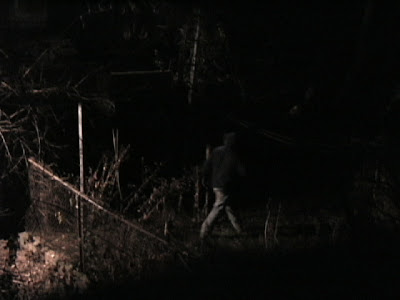 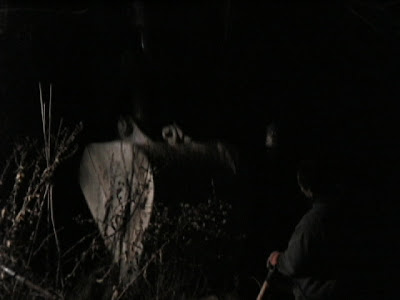 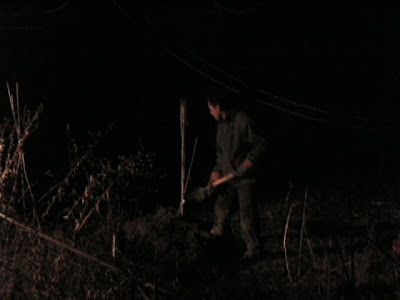 Scare Devices
The options open to homeowners are usually limited to nonlethal combinations of control methods, such as fencing, repellents and landscapes designed with plant species less expensive to replace.
A combination of visual and auditory deterrents may be more effective than a single deterrent by itself. For the best results, try a combination of methods to prevent nuisance contractors from getting used to any one technique.

When 311 no longer works, try 37% putrescent egg solids .
Contractors are very adaptable, and can overcome their fear of some scare devices over time, if they learn that the device presents no real danger. Moving scare devices around, imparting movement to the device, and using repellents in conjunction with scare devices can help improve their effectiveness.

Some more effective devices actually encourage contractors to touch them, allowing them to administer a harmless electric shock to the contractor’s hands or mouth. For example, leaving cold beverages and soft-core pornography out in the open (A bottle of Yoo hoo and an old copy of the Victoria's Secret Catalog will suffice in a pinch.) is a time proven baiting technique. The shock conditions contractors to avoid the area, which prevents them from re-visiting and causing damage. These battery-powered devices can be placed in or around gardens, among flowers and shrubbery, or on a plastic lawn chair. Sometimes, something as simple as applying lipstick to a concrete garden gnome can cause confusion and delay until other more effective methods can be investigated.

Population mismanagement
Invasive contractor populations in Brooklyn, are capable of doubling within a few years if they are not controlled through D.o.B. initiatives. Unfortunately, with diminished populations of natural predators, the Brooklyn Buildings Department provides the most inefficient and, in many situations, the only type of population control available. Although other types of population control, such as infertility treatments, trap-neuter-release programs, and enforcing down-zoning initiatives are being researched, it is unlikely that they will become economically or biologically effective in free-roaming contractor populations. In the mean time, natural predators, such as dogs, and/or using additional D.o.B. inspectors out in the field may help to scare away nuisance contractors, but they need to be on the property during peak plundering hours, from dawn until dusk, 7am- 6pm week days, and possible even Saturdays to have any kind of lasting effect. We all know this is simply not possible.
Posted by IMBY at 9:32 AM