Brooklyn Real Estate Developer Demolishes Old Home and you're not going to believe what didn't happen next!

Here it is... 292 16th Street.  When opportunity knocked this developer literally knocked down the house and then built a new house on top of the same 22'x100' patch of R5B zoned earth...WITHOUT REGISTERING A SINGLE COMPLAINT OR  BUILDINGS DEPARTMENT/ECB VIOLATION!

Why all the excitement IMBY?  You say buildings are built all the time in NYC without having to bury immigrants up to their eyeballs in wet concrete or adjacent neighbors having to take out orders of protection against invading ham-handed foundation vandals breaking through their basement walls.

In the South Slope the developer's pole is set so low for a reason. Serpents don't need that much clearance... Speculators are said to be able squeeze through a hole the size of a nickel.

Kudos to you,  FAYBYSHEV VYACHESLAV, developer, for raising the bar and walking upright, Kudos to you professional licensed professional General Contractor 615290 Andriy Oliynyk of Fabulous Construction, 171 Prince Street, Brooklyn on a successful build! 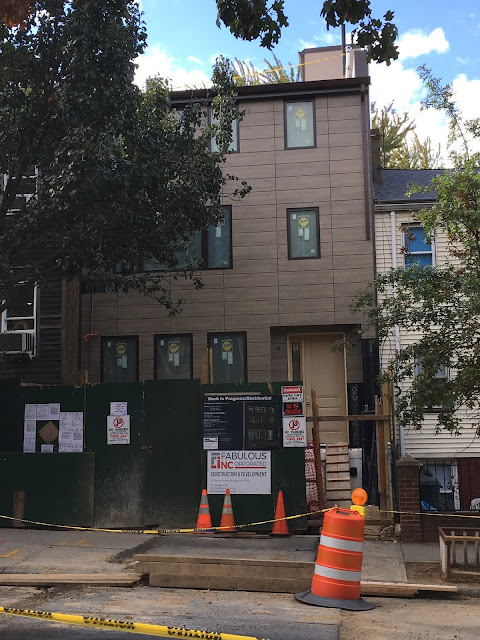 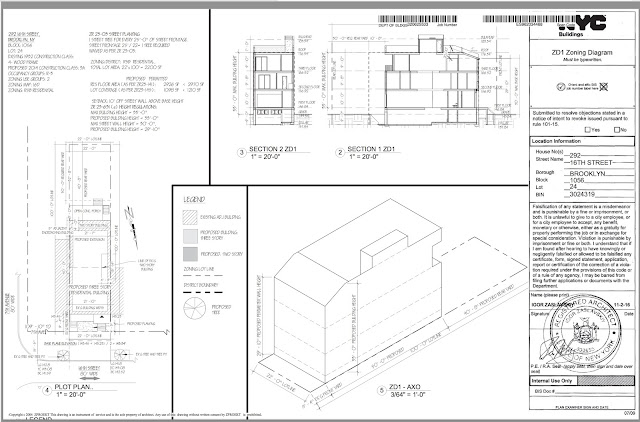 Past Performance is not an indicator of future results disclaimer:

Are those planks in the front? They look like planks.

Did the developer get these materials from the same home depot that Tiger Schulman goes to get wood for karate chopping?