New Certificate of Occupancy for Armory Plaza would allow 4 times the parking. 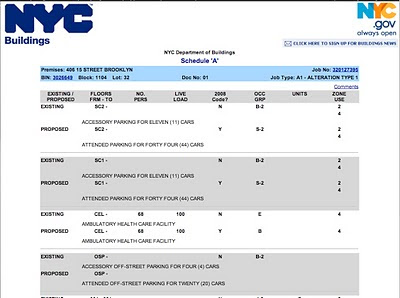 On March 10th, 2010 the owners of 406 15th Street filed an Alt-1 "no work" application to increase the current off street available parking from 26 spaces to 108 spaces. Eighty eight spaces will be divided up between subcellar 1 and 2. An additional 20 automobiles can now be parked outside in the side lot. The original C of O states 11 accessory parking spaces for both subcellar levels and 4 additional accessory spaces outside for a grand total of 28. There are 27 residential units in the building.
CENTRAL PARKING
The new schedule "A" indicates the spaces will be "attended". The only access to the subcellars parking is via elevator.

Previously, in April 2009, the Department of Buildings issued 2 violations to the Armory Plaza for operating a commercial pay-by-the hour garage in violation of their C of O , and for violating parking regulations in a residential district. There are $5,200 in unpaid Environmental Control Board fines still on the books.
After almost a year of operations, the New York City Padlock Enforcement Unit visited the the garage in February of this year and the owner removed the illegal monthly/hourly rate signs advertising that the garage was being managed by Central Parking Systems.
Zipcars website lists 406 15th Street as a current Park Slope location with 12 cars available. 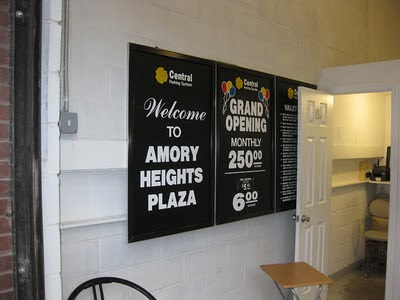 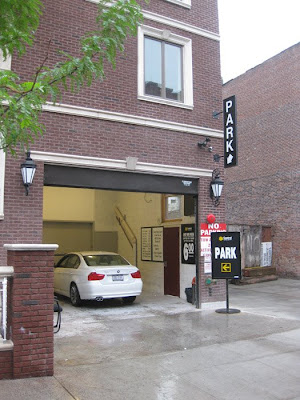 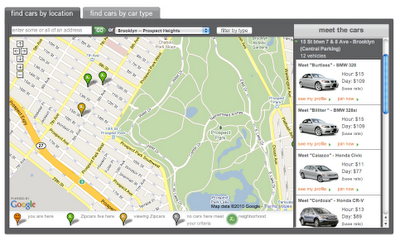 How will this effect the levels of carbon monoxide exhaust vented into the backyards of 16th Street residents? (LINK) 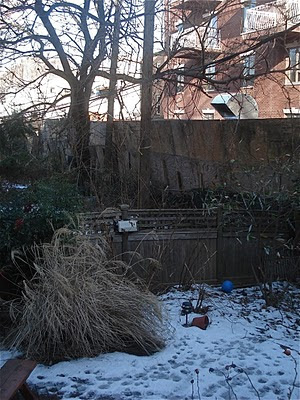 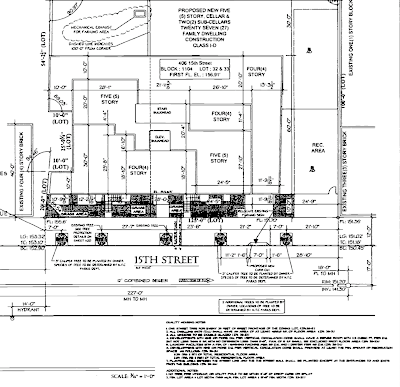 Click to enlarge.
This apartment building was built under the city's Quality Housing Program. According to these plans, they are currently using the required recreation space for a parking lot.

"The Quality Housing Program, mandatory in contextual R6 through R10 residence districts and optional in noncontextual districts, encourages development consistent with the character of many established neighborhoods. Its bulk regulations set height limits and allow high lot coverage buildings that are set at or near the street line. Quality Housing buildings must also have amenities relating to the planting of trees, landscaping and recreation space." NYC Zoning Handbook

4 times the parkign is apparently not enough for these crooks - they've now taken to parking the cars in their care on the street.

On my walk to work this morning at 7:30am, I counted 5 Zipcars relegated to the street.

Photo evidence already forwarded to the good folks at Zipcar, happy to share here too if there is interest.

Got to hand it to them, they really got a racket going on over there. My favorite new service besides temporary off street parking during street cleaning hours is their detailing center. They now clean cars in the side lot.

Send in your photo's of anything you think is of interest to us fine folks at IMBY.