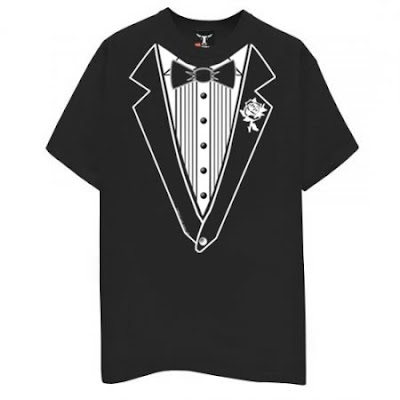 "This was a black-tie tuxedo construction job," said their lawyer, Ravi Batra referring to the construction of The Armory Heights Plaza, 406 15th Street.

ADAMS STREET — Arguments became a bit heated in Brooklyn Supreme Court Tuesday after a hearing in the lawsuit against a real estate developer in Park Slope who allegedly damaged surrounding structures during construction.

After Hiller filed an Order to Show Cause last week, Batra appeared in court Tuesday with an Affidavit In Opposition “to the fraud-upon-the-court laced 4/30/09 OSC application by plaintiffs.” The judge neither granted nor denied the injunction that was sought Tuesday.

Batra argued that “the building’s not for sale and it’s not going to change ownership,” despite plaintiffs claims that the property was in jeopardy of being sold to a shell corporation, according to their documents filed in court.

Hiller then wanted a court stipulation that agreed to not sell the property, which Justice Jacobson said was not necessary. Batra is “an officer of the court,” Jacobson said.

However, Jacobson agreed to draft an order forbidding the properties from being sold. After oral arguments, Hiller said he was “pleased that we got what we came here for today — an order preventing the defendants from transferring the building.”

Hiller says that Armory Heights is uninsured. The defendants say that is not true. But Hiller says that he had city records that prove there is no insurance.
If this is true, how were they able to acquire Building Permits?

Hiller also wrote in his Order to Show Cause that if ownership of the buildings was transferred, it could “render any judgement obtained against them uncollectible.”

However, Batra stated that his clients are “neighborhoods guys — living in Brooklyn, born in Brooklyn, die in Brooklyn” who would not pick up and leave.

Various plaintiffs outside the court told the Eagle that construction has caused cracks in walls and foundations to appear in nearby structures, including the Baptist Memorial Church of Brooklyn, which is 100 years old.

The plaintiffs are seeking over $35 million in damages and an additional $100 million in punitive damages.

Some plaintiffs also said that the tires of their cars had been slashed and some cars had been keyed, as part of what they believe were intimidation tactics.

After arguing before the judge, Hiller and Batra shouted at each other in the hallway of the court’s ninth floor. A court officer appeared and calmed the parties before asking the plaintiffs to leave.

The controversial episode even led to a shoving match in the courthouse yesterday.
Between Mr. Batra and a homeowner... With the plaintiff's lawyer, Mr. Hiller, trying to separate the two.

The recently completed 15th St. apartment building has been a nightmare since Armory Heights developers Jack and Lorenzo LoCicero began to dig up a quarter-acre parking lot in 2005.

"They dug 60 feet deep and sinkholes started to form around it," said Timothy Piterzak, 48, whose dream home was nearly destroyed after four years of construction next door.
The building is unusual in that it has a cellar and two more subcellar parking levels below that. Excavation went right up to the 100'x100' property line, 45' straight down.
"We have a brick patio and that broke in half, the entire patio started moving away from the house," he said. "We watched the tree that my father and I planted when we bought the house sink four feet into the ground."

Now the controversial building is completed, but another apartment building, seven private homes and the 100-year-old Baptist Memorial Church of Brooklyn that surround it are all damaged.

"If you walked into the sanctuary of that church, there's a 25-foot crack and the parishioners are concerned that they'll lose their prayer space of generations," said Michael Hiller, who represents eight of the nine plaintiffs in the case.

"They didn't shore up or brace the surrogating properties. When you don't do that and dig, you create a void and surrounding property migrates into the empty space - literary, everybody's backyard sank into the ground."

But the LoCiceros' lawyer, Ravi Batra, who got into a shoving match at the courthouse yesterday with one of the homeowners, said the church was previously damaged and that some of the surrounding homeowners didn't let LoCiceros' workers secure their homes by filling in the sinking land gaps with dirt.
I want to thank Mr. Batra for publicly acknowledging the fact that "land gaps" formed along the property line during excavation, endangering the plaintiff's homes. Also thank you for admitting that the frequent, clandestine dumping of dirt over their fences to fill in these sink holes was done without the permission of these home owners. I think that supports their argument and the entire case, no?

"They're jumping to collect on insurance fraud ... it's an attempt to shake down the LoCicero brothers," Batra said. "We have proof that there's preexisting damage to some of them and self-inflicted in others."
Don't you need to have insurance to commit insurance fraud?

By REUVEN FENTON and ALEX GINSBERG
Link: NY POST
May 6, 2009

A group of Park Slope building owners is claiming that the developer of a new building on their block is putting a little too much "slope" into the neighborhood.

The owners of seven buildings near the intersection of Eighth Avenue and 15th Street in Brooklyn have been embroiled in a three-year legal battle with developers Jack and Lorenzo LoCicero over the five-story residential project they claim has created sinkholes, cracks and structural problems.

State Supreme Court Justice Laura Jacobsen yesterday demanded that Jack LoCicero promise not to sell the newly completed building, known as Armory Plaza -- a move the plaintiffs fear would prevent them from collecting money if they win.
An Order to prevent the sale or transfer of the building until the case is settled. The plaintiffs are arguing that since the developer has failed to provide insurance documentation, and that the building is owned by a corporation, their will be no assets to collect on if the building is sold or transferred even if a judgement is made in their favor... or something to that effect.

Timothy Pietrzak, 48, claims the building caused his brownstone's back yard to give way and swallow a retaining wall and a telephone pole.

"There was a time we thought for sure the house was going to collapse," said Pietrzak, who is one of the plaintiffs. The other angry owners include Arnold Rosenshein, a landlord who says he was forced to evacuate an eight-unit apartment building and slice off a chunk to keep it from collapsing.

Stephen Christopher, the pastor of the nearby Memorial Baptist Church of Brooklyn, said the construction produced a 20-foot crack in one of the house of worship's auditoriums and an incline in the churchyard.

But the LoCiceros are firing back hard, calling the entire case a shakedown. They claim the problems with their neighbors' aging buildings existed long before they broke ground in 2005 on Armory Plaza at 406-408 15th St.

"This was a black-tie tuxedo construction job," said their lawyer, Ravi Batra, noting that the city issued Armory Plaza a certificate of occupancy as soon as it was complete. "Everything that could be done was done. This has always been about 'give us some more money.' "
WTF is a black-tie tuxedo construction job anyway?
Give us some more money? Is he talking about the Department of Buildings, or the plaintiffs?

Batra said he could document cracks in the Rosenshein building dating back as early as 1989.

Neighbors don't buy it. "Our yard has sunk a lot in the back," said Arthur Trimling, 67, an art director who lives next door to the church. "It's very scary having your house attacked this way. It strikes you right in the heart."


Put a tennis ball on one floor of Arthur Strimling’s South Slope home, and the suddenly precocious sphere will take on a life of its own.

“It will roll to the other side of the house,” observed Strimling, whose home, his lawyer charged, now rests “at a slant.”

This wasn’t always the case. But after a real estate developer constructed a five−story building at 406 15th Street, strange things allegedly began to happen in and around Strimling’s home at 399 16th Street.

Telephone poles and trees began to sink 10 feet down in the ground, residents like Tim Pietrzak said. Retaining walls began to take the shape of a capsized ship.

It was roughly around 2006 when Armory Heights LLC began work for the now completed, Bricolage designed building, Armory Plaza. Around that time, Pietrzak started to get a sinking feeling. “You could touch the wires on the telephone pole,” he recalled.

Pietrzak and Strimling are among the plaintiffs in a lawsuit against Armory Heights, seeking $35 million in compensatory damages, and $100 million in punitive damages.

Strimling said that just to hire engineers to investigate their home’s predicament and offer recommendations could cost $100,000. “We are going to stick this out. We’re quite certain justice is on our side,” he said.

Michael Hiller, the plaintiffs’ attorney, said the developer dug down 60 feet, and failed to shore up or brace the surrounding property, resulting in the property damage. His client’s concern, he said, is that if the property is sold, his clients would be “left without a remedy.”

Defense attorney Ravi Batra said the plaintiffs, who include the Memorial Baptist Church on 16th Street, are simply using litigation “as a stick−up gun.” He said his clients, Armory Heights principals, Jack and Lorenzo LoCicero, have been the subject of phony complaints to the Department of Buildings, (DOB), an agency he said that has been unduly harsh on his clients, who performed a “black tie” construction job, meaning it was done to limit damage to adjacent properties.

Batra said property owners now suing prevented contractors from backfilling, or replacing lost soil, to the site, and are themselves responsible for any damage subsequently incurred.

Video of contractors filling in sink holes that formed after drilling the 60' deep foundation pilings.


“All the property owners have a claim for is bags of dirt. They are the ones who left it exposed. If they have new damage, they will have to eat it, because they could have prevented it,” Batra said.

Hiller was also not pleased with the DOB — the agency charged with monitoring construction sites. He accused the agency of being “asleep at the switch.” Particularly galling, Hiller claimed, is that the developer is uninsured, but DOB let the project proceed nonetheless. “How they could let this project go with no insurance is unexplainable,” he said. Batra has rejected Hiller’s insurance claim.

I have read your blog for a few years as you have documented this debacle. I have so much sympathy as your damages seem even worse than the ones inflicted upon us by our local developer. But I would like to thank you for this blog which at least validated that we were not alone in what seemed like a fight with developer but the DOB as well. Also thanks for the wise example of maintaining constant vigilance. I have my fingers crossed that you do reach a settlement that you can live with and become free to enjoy your property despite the monstrosity next door.