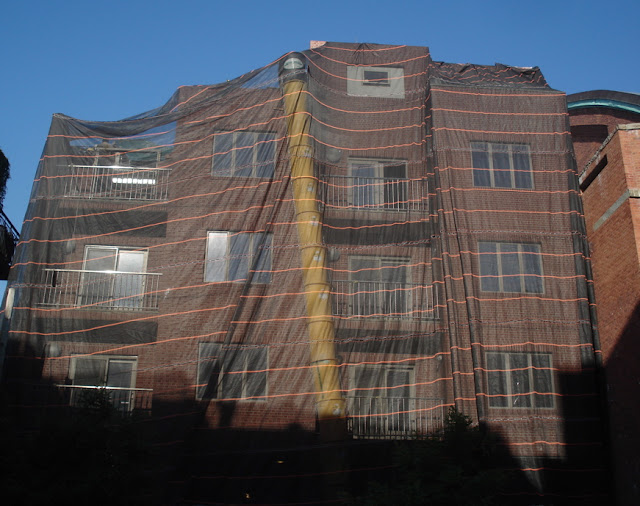 Brooklyn Department of Un-Building's
It used to be that when you heard officials from the Buildings Department say "take some off the top" they couldn't possibly be talking to anyone other than their barbers. How risky a business to throw those words around? Remember being considered "difficult and overbearing" by builders can end up costing you your job. That's why it's so surprising to see the D o B playing it tough. 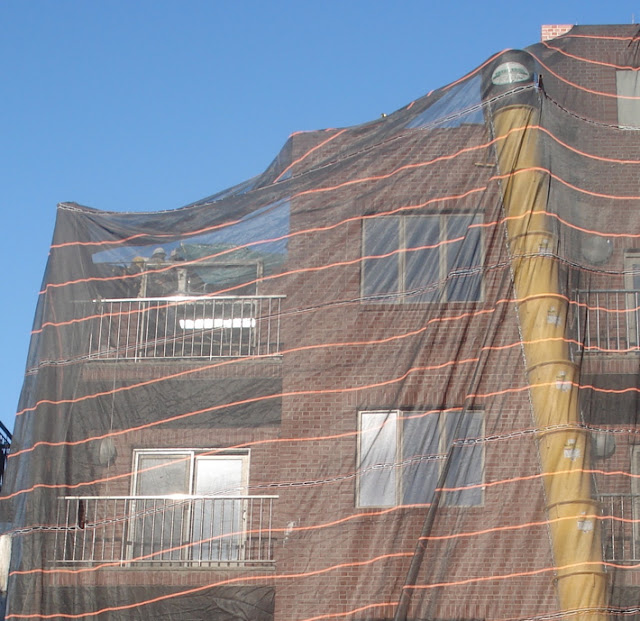 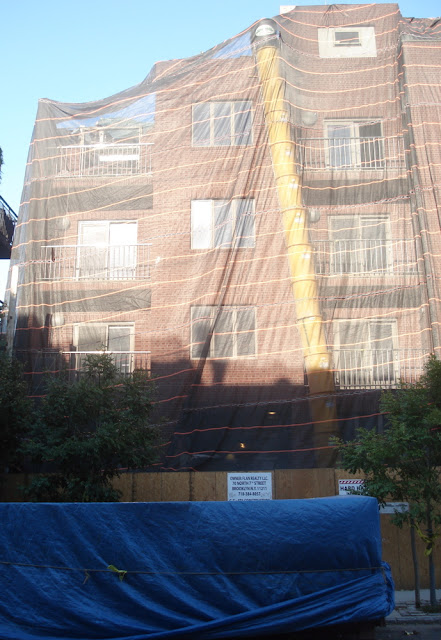 Self inflicted wounds?
On our little 15th Street it appears they are doing just that, taking some off the top. The builders are busy removing a significant portion of the upper floors, brick by brick, from what had been in all appearances, a completely finished building. Is this another case of not building according to the official filed and approved plans on record or, is this just one more South Slope top heavy condo, its mezzanines busting at the seams with way too much extra floor area?
It would be interesting to calculate how much F.A.R the 60 cubic foot dumpster out front contains. Floor area is in square feet of coarse, while a container dumpster holds cubic feet so someone will definitely need to do the conversion. Math is not one of my strong suits. I suspect that 's a pretty expansive dumpster though. Last week they even disposed of two iron spiral staircases. Oooouch!

So what does the recent disaster at 300 20th Street in Greenwood Heights have to do with the recent unbuilding of 359 15th Street? 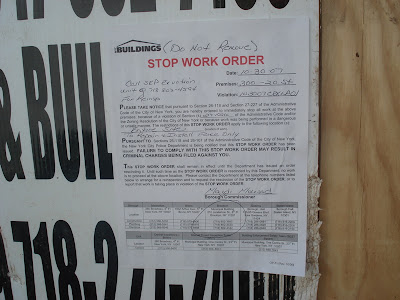 In both cases the "Current Applicant of Record" is Sandor Weiss, RA. license # 14318 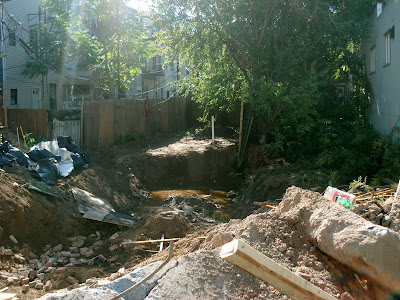