Photos of the emergency sewer repairs done to our block started the last week of September and continued for about three weeks.  Small sinkholes had formed in the street over the summer.  The blacktop paving had caved in revealing a subsurface void a few feet deep in two places along the block..

The contractors worked very fast and efficiently first slicing two parallel lines down the middle of the street with a large diamond bladed wet saw then removed the black top and shored and excavated some ten feet or so to the sewer line depth.  They installed this red clay pipe with a rubber gasket in the flange starting on the Seventh Avenue end of 16th Street and worked in sections up the block towards Eighth Avenue..  Once this pipe was installed and the branches were connected to each house line the completed section was encased in concrete.

Part of the evacuation occurred during that big rain storm the first week of October so it was important that the shoring was done effectively.  It is impressive to watch them install the shoring as the heavy massive timbers are obviously reused after each job and have to be altered every time they are installed on a new job site.

The orange spray painted  "W" and "G" indicate where water and gas lines cross over the path of the excavated trench.

Needless to say there was no parking allowed on the block for the entire construction time which stressed  the Park Slope South automotive community  causing it to be thrown into "an unnatural imbalance"  which led to overly aggressive predatory competition for fewer spots.  I personally witnessed several episodes of cannibalism amongst otherwise friendly inhabitants. Not sure how or if this turmoil  affected the suicide rate amongst middle age white males with four or more years of college. 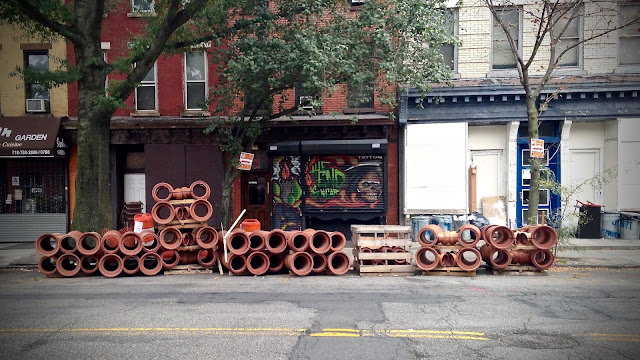 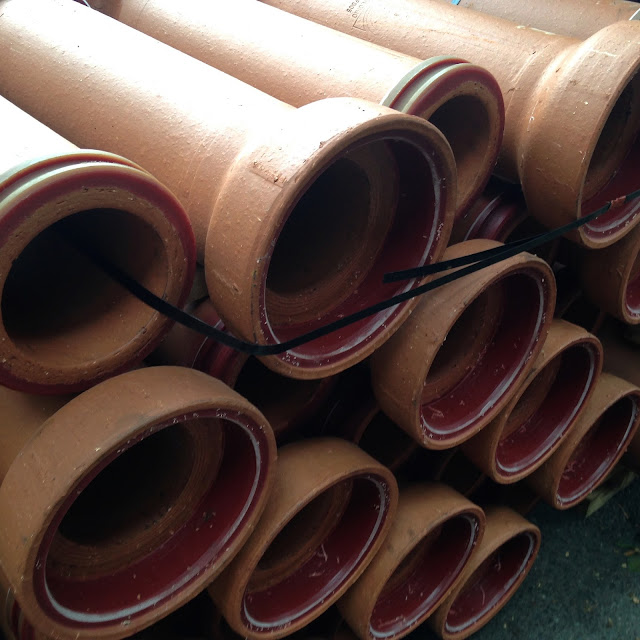 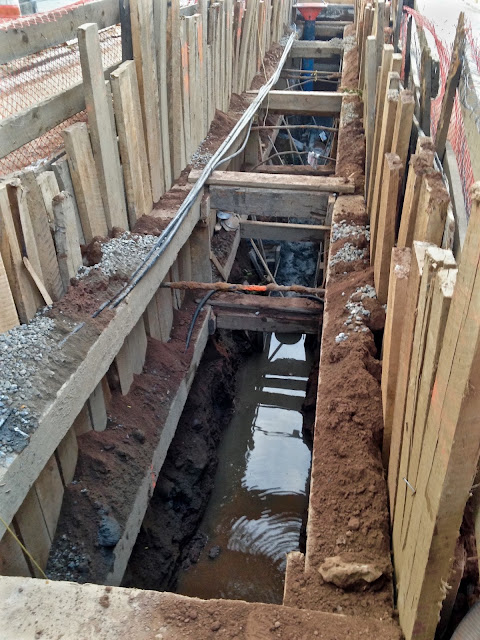 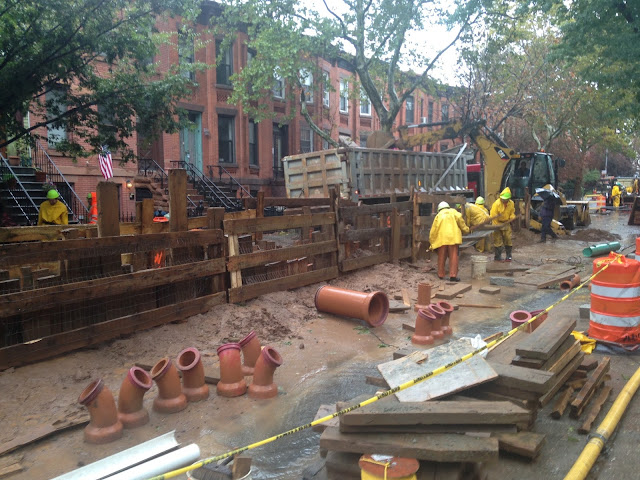 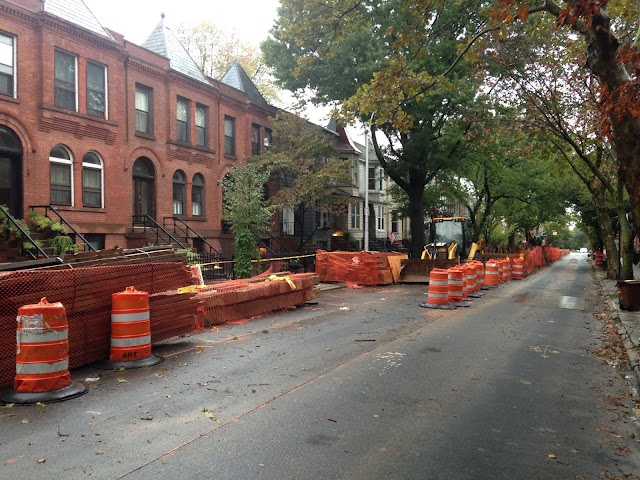 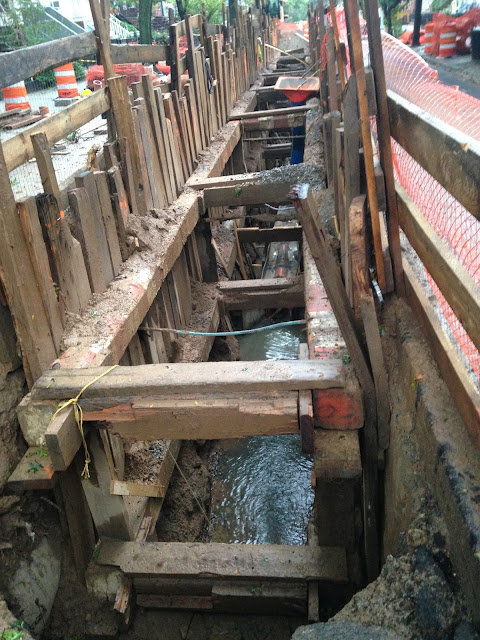 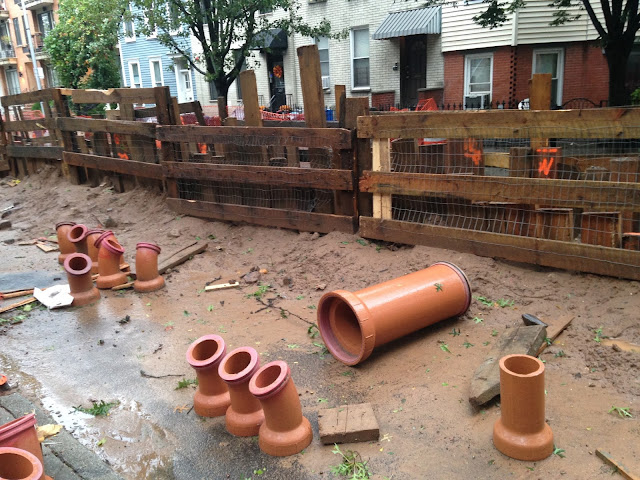 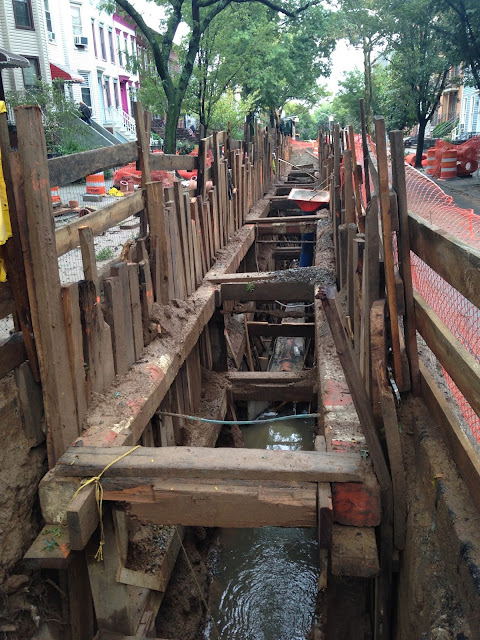 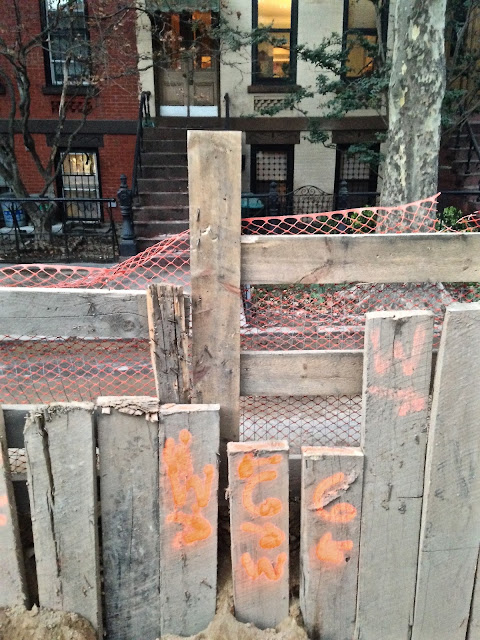 Hey IMBY, this might be out of your range, but I thought you might have some insight into the situation at 657-65 Fifth (the Frost warehouse), where there's been no action since a stop-order in March. ACRIS records look interesting, but I don't have the chops to unpack this stuff. Any thoughts appreciated!