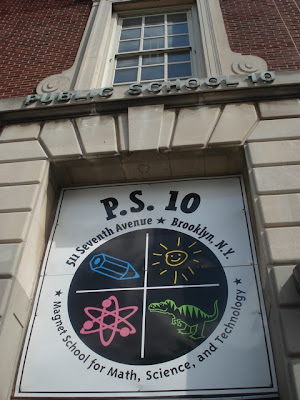 What's being called the Mother of all Science Fair Projects, or "MoSFP", Elementary school students at Brooklyn's P.S. 10 Magnet School for Math, Science, and Design Technology have built their own Large Hadron Collider over this past summer's vacation, and plan on throwing the switch sometime next week. 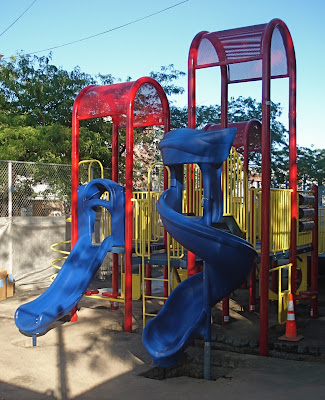 Their Partical Collider
Designed to recreate the conditions just after the Big Bang, the Large Hadron Collider, 27 kilometers (16.7 miles) long, is housed in a pipe-like structure 100 meters below the school's playground. As part of their first experiment, two beams of subatomic particles, called 'hadrons,' will travel in opposite directions inside the circular accelerator, gaining energy with every lap. Students from Ms. Karen's PreK class will then let them collide head-on into each other and measure the results with the Compact Muon Solenoid (CMS).

These exclusive IMBY photos (below) were taken this week as custodians made last minute modifications to the LHC. 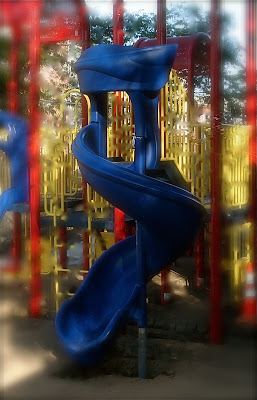 With cooler, dryer, "wool sweater weather" approaching, super charged electrostatic fields are expected to be generated by the students themselves. 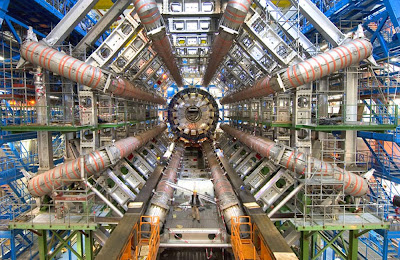 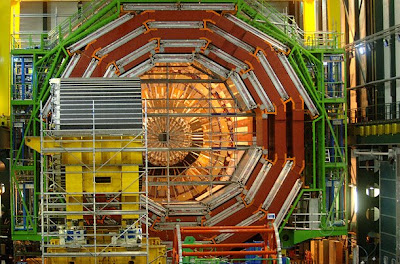 The Magnet Core
Winding the solenoid coil of the CMS took the entire school body over three months to complete. When it is fully operational, it will generate a magnetic field 100,000 times stronger than the one produced by the Earth itself. 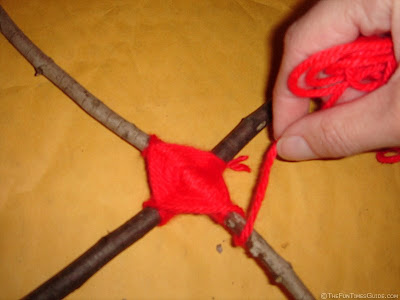 Detail: Time-consuming design and fabrication of the prototype superconducting quadrupole. 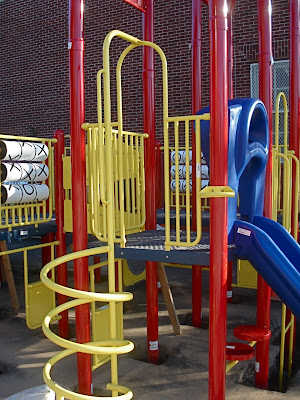 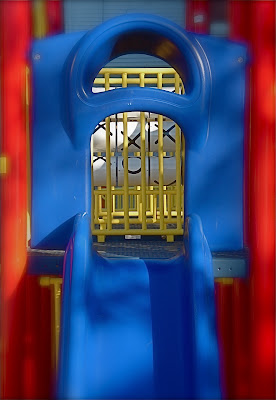 The Compact Muon Solenoid
Weighing over 12,500 tons, the CMS is one of two large general purpose detectors built on the Large Hadron Collider (LHC). During the experiments, students will use it to investigate a wide range of physics, including the search for the elusive Higgs boson, the possibility of extra dimensions, and even the very particles that might make up dark matter. (The "mock" in the mock chicken leg, so to speak.)

"Today we are almost there. When the current is turned on this week, and the beams circulate through the vacuum tubes with magnets colder than outer space, intensely enough to smash into one another, and the gargantuan detectors speed signals to our waiting iMac laptop computers, that will be the moment we’ve waited all summer for."
-Angela, Senior operations engineer age 6 1/2

Signs your school may also be doing secret theoretical physics experiments without your knowledge.

French Club has made more than two dozen undocumented trips to Zurich Switzerland in the last year alone.

Financial records show sales invoice for "hermit crab food" in the amount of $499,999.98 made out simply to Country of France.

Parents questioning the recent disappearance of superconductive souvenir refrigerator magnets from their homes without believable explanations.

Dangerous proton-eating magnetic monopoles cause dashboard compass to spin out of control.

some elements of how this worked were not entirely clear. I'm sure it will be fine though.

P.S. 10 - Truly the best kept secret in Brooklyn. Watch out world, our children are coming!